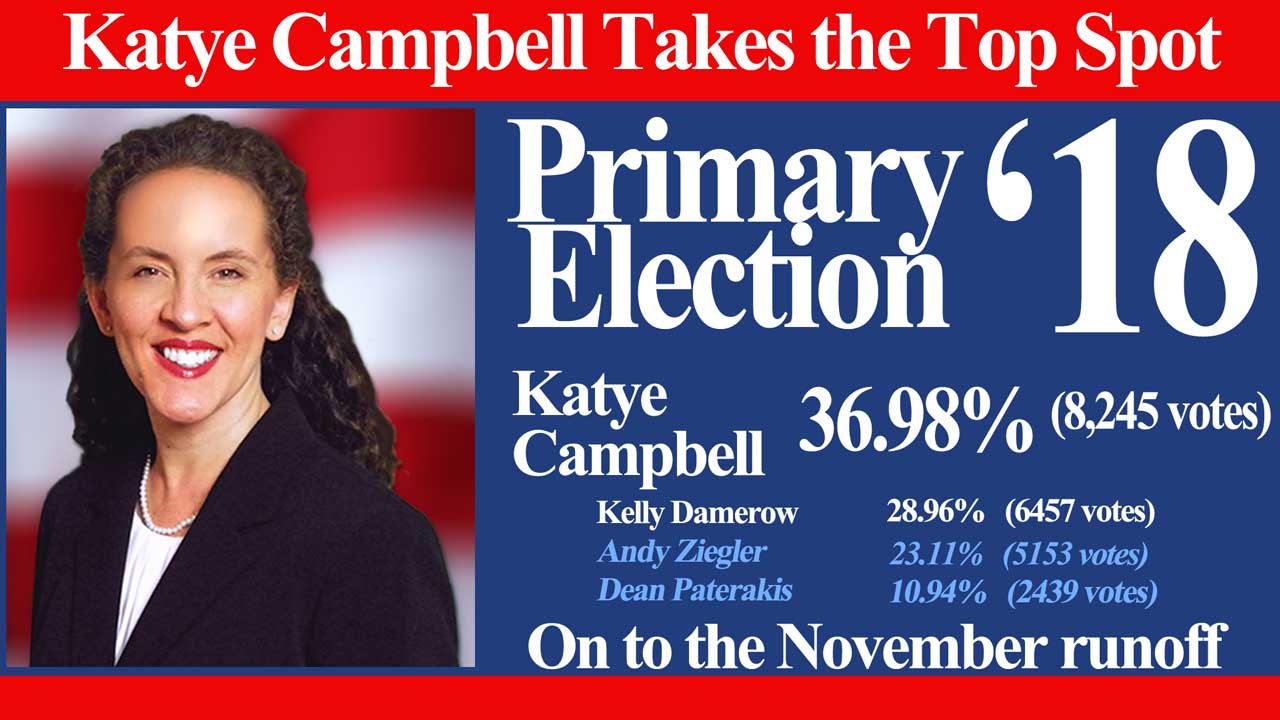 In a stunning upset, newcomer to politics, Katye Campbell, stuns the field with 37% of the votes in race for School Board, District 5 seat, in the August 28th Primary in Brevard County.

Andy Ziegler, 10 year incumbent member of the School Board in District 5, took 3rd place with 23% of the votes, finishing just behind Katye Campbell’s November opponent who had 29% of the vote.

This victory by Campbell sets up a rematch in the General Election, as the top two finishers in the Primary go to an automatic runoff in November, since none of the 4 candidates garnered over 50% of the vote.